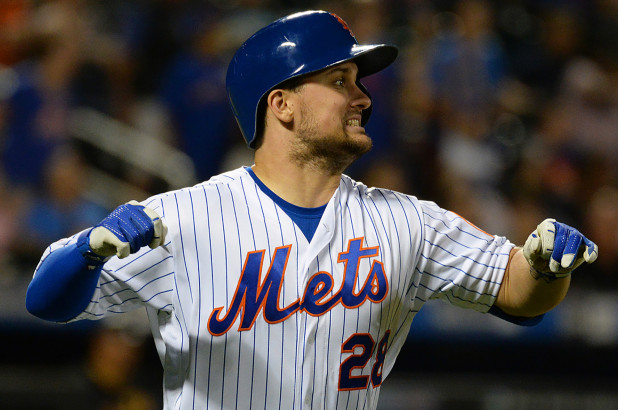 With the arbitration deadline to settle with players ending at 1 p.m. on Friday afternoon, MLB teams had some business to take care of. It was a busy day in baseball yesterday, to say the least.

The Mets, along with all MLB teams, settled most of their contracts with players to avoid arbitration, except for J.D. Davis, according to Mark Feinsand of MLB.com. Michael Mayer of MMO made a running list of each contract the Mets settled on Friday.

The New York Yankees have signed RHP Corey Kluber according to Jeff Passan of ESPN. The deal is pending physicals at this time.

According to Marc Topkin of the Tampa Bay Times, the Tampa Bay Rays are planning to open their ballpark to a limited number of fans for the start of the 2021 season.

Daniel Kaplan of The Athletic reports that the Houston Astros and MLB are being sued by the Tri-City ValleyCats for the minor league re-alignment. Apparently, the MLB emailed them and explained that they shouldn’t speak out about it.

Ken Rosenthal of The Athletic reports that the Los Angeles Angels have come to an agreement to sign free-agent catcher Kurt Suzuki to a one-year $1.5M contract.

Wilmer Difo and the Pittsburgh Pirates are in agreement to a $1M contract with incentives if he reaches the majors according to Robert Murray from MLB Insider.

According to Red Sox beat writer Chris Cotillo the Red Sox are in on INF Marwin Gonzalez as well as many other free-agent infield options.

Jesse Sanchez of MLB.com reports that the Chicago White Sox have struck a deal with Yoelqui Cespedes (brother of Yoenis Cespedes). Yoelqui’s contract is for $2.05M.

Bruce Levine of WSCR-AM reports that the Chicago Cubs are in agreement with Kris Bryant on a $19.5M contract to avoid arbitration hearings.

Ken Davidoff of the New York Post reports that the Yankees and Gleyber Torres have agreed on a $4M contract, avoiding arbitration.

Mark Feinsand of MLB.com states that the Houston Astros cannot come to an agreement with SS Carlos Correa. The two sides will exchange figured and “likely” go to an arbitration hearing.

The Red Sox agreed to a one-year contract with Rafael Devers for the 2021 season.

The Yankees agreed to contracts with eight of their arbitration-eligible players.

The Los Angeles Dodgers have not reached an agreement with both Walker Buehler or Austin Barnes and those deals will either go to arbitration hearings or force the Dodgers to offer them a multi-year deal, according to J.P. Hoornstra of the Southern California News Group.

James Fegan of The Athletic reports that the White Sox and Lucas Giolito have avoided arbitration with a $4.15M deal for 2021.

Patrick Glynn of MMO reports on the most recent offer the Philadelphia Phillies have made to All-Star catcher J.T. Realmuto. The new offer is about nine-figures.

Bob Nightengale of USA TODAY reports that the Phillies have signed starter Vince Velasquez for $4M. The Phillies announced those they came to terms with on contracts.

The Braves also agreed to a contract with Max Fried for $3.5M and signedA.J Minter to a one-year $1.5M contract.

The Washington Nationals have agreed to contracts with ten international free-agents.

Ryan Finkelstein reported on the latest from Trevor May, who discussed his hope for the Mets to acquire OF George Springer this offseason.

Rich Mancuso discussed the possibility of the Mets getting Gio Gonzalez this offseason citing Gonzalez’s comments to an MMO writer where he mentioned ending his career in New York, as Citi Field is his “comfort zone”

On This Day in Mets History

2003: Gary Carter becomes the first player, and the only player to wear a Montreal Expos hat on his Hall of Fame plaque. While he had expressed interest in being immortalized as a New York Met, this was the hat that was chosen for him.