« I believe that if you look back historically, we’ve done worse than most any other country and we’re a highly developed, rich country, » Dr. Anthony Fauci told George Stephanopoulos on ABC’s « Good Morning America » on Monday.

« It’s so tough to just go back and try and do a metaphorical autopsy on how things went. It was just bad, » Fauci added.

The US Covid-19 death toll is by far the highest of any country — and more than double that of Brazil’s, which according to Johns Hopkins University data has the next highest number of virus-related fatalities.

The US has also reported the most infections, with now more than 28 million Americans having tested positive for Covid-19. That number is more than double India’s case count — second in line, according to Johns Hopkins data — and nearly triple that of Brazil.

Experts have pointed to several factors that may have contributed to a worsening pandemic, including a lack of clear messaging from the country’s leadership, state and local leaders loosening restrictions too quickly, large holiday celebrations and continued resistance to face masks and other safety precautions.

« A mask is nothing more than a life-saving medical device, and yet it got categorized in all sorts of other ways that were not factual, not scientific and, frankly, dangerous, » National Institutes of Health Director Dr. Francis Collins told « Axios on HBO » earlier this week.

« I think you can make a case that tens of thousands of people died as a result, » Collins added.

What the US needs to do now

Emergency physician Dr. Leana Wen said the milestone was a reminder of « all the lives that we could have saved. » And now, she says she’s worried about what could come.

While states across the country may be reporting encouraging trends, experts including Wen have cautioned now is absolutely not the time to let up — especially with coronavirus variants circulating.

« The best way for us to get back to normal is to double down right now, not to throw off our masks, not to eat indoors, not to do other things that we know can risk reigniting outbreaks, » said Dr. Craig Spencer, director of global health in emergency medicine at New York-Presbyterian/Columbia University Medical Center. 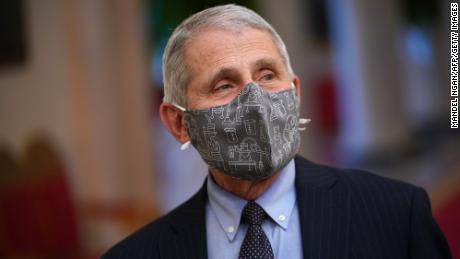 That means continuing to mask up, social distancing, avoiding crowded areas, regularly washing hands and practicing the safety measures that have so far worked to curb the spread of infections.

Centers for Disease Control and Prevention Director Dr. Rochelle Walensky said during a Covid-19 briefing Monday that while numbers may be trending in the right direction, « cases, hospital admissions and deaths remain at very high levels. »

Hospitalizations have plummeted since their January 6 peak of more than 132,400 Covid-19 patients. But more than 55,400 people remain hospitalized with the virus, according to the COVID Tracking Project.

And every single day, hundreds of lives are lost to Covid-19. More than 1,300 deaths were reported Monday, according to Johns Hopkins data — and more than 52,000 have been reported this month.

« While the pandemic is heading in the right direction there is still much work to do, » Walensky said.

Study: Smell and taste after Covid-19 may not return for months

And for many people who survived a bout with the disease, symptoms continue to linger. 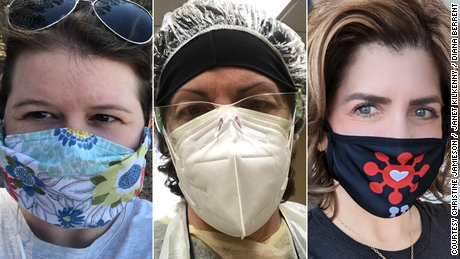 In fact, Canadian researchers reported Monday that people’s sense of smell and taste may not return for up to five months after becoming infected with coronavirus.

A team at the University of Quebec surveyed more than 800 healthcare workers who tested positive for the virus. They ranked their sense of smell and taste on a scale from zero to 10 and some were asked to perform an at-home test to further evaluate these senses. 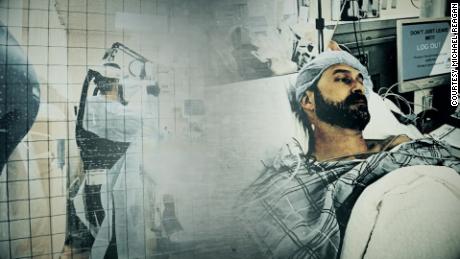 Five months later, when they used an at-home test, 17% of the participants said they still had loss of smell and 9% of people had persistent loss of taste.

« Our results show that an impaired sense of smell and taste may persist in a number of people with Covid-19, » Dr. Johannes Frasnelli of the University of Quebec, who worked on the study, said in a statement.

« This emphasizes the importance of following up with people who have been infected, and need further research to discover the extent of neurological problems associated with Covid-19. »

Meanwhile, as the US races to get more shots into arms, another vaccine could soon get the green light for the US market.

Johnson & Johnson announced earlier this month it had applied for an emergency use authorization from the Food and Drug Administration for its one-dose Covid-19 vaccine. 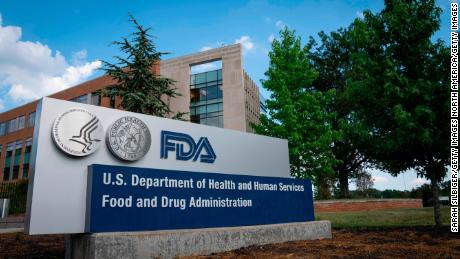 On Friday, an FDA advisory group will discuss the company’s application and data. Based on the adviser’s guidance, the FDA may choose to give the vaccine the green light. Then, CDC advisers will discuss their own recommendations surrounding the vaccine’s rollout, which will then have to be formally accepted by the CDC.

The CDC announced an emergency meeting of its vaccine advisers from February 28 to March 1.

Meanwhile, Johnson & Johnson will testify Tuesday it can deliver enough doses by the end of March to vaccinate more than 20 million Americans — helping add to the country’s existing supply.

So far, more than 44 million Americans have received at least their first dose of a Covid-19 vaccine, CDC data shows.

About 19.4 million have received both doses, the data shows. That’s less than 6% of the US population.