COLUMBUS — The first few games left doubts about whether Trey Sermon actually had a role at Ohio State.

By the last few, the Buckeyes couldn’t live without him.

Sermon needed a bit of time to get comfortable after arriving as a graduate transfer in the midst of a pandemic and coming off a knee issue. But once the tailback settled into his role, the only opponent that could slow down a record-breaking, seemingly-unstoppable run was an injury on the first drive of the national championship.

“Trey going out, of course he was hot these last few weeks,” Ohio State quarterback Justin Fields said. “But we have the mentality of competitive excellence, and when one man goes down, we have to bring up the next man.

“But we would’ve liked to have Trey out there. He’s a baller, he’s a warrior, but he wasn’t able to play with us. With or without him we’ve still got to execute.”

The Buckeyes will have to do that permanently now that Sermon’s prolific, abbreviated run with the program is now over. What does the loss of Trey Sermon mean for Ohio State moving forward? Lettermen Row is breaking it down in the backfield. 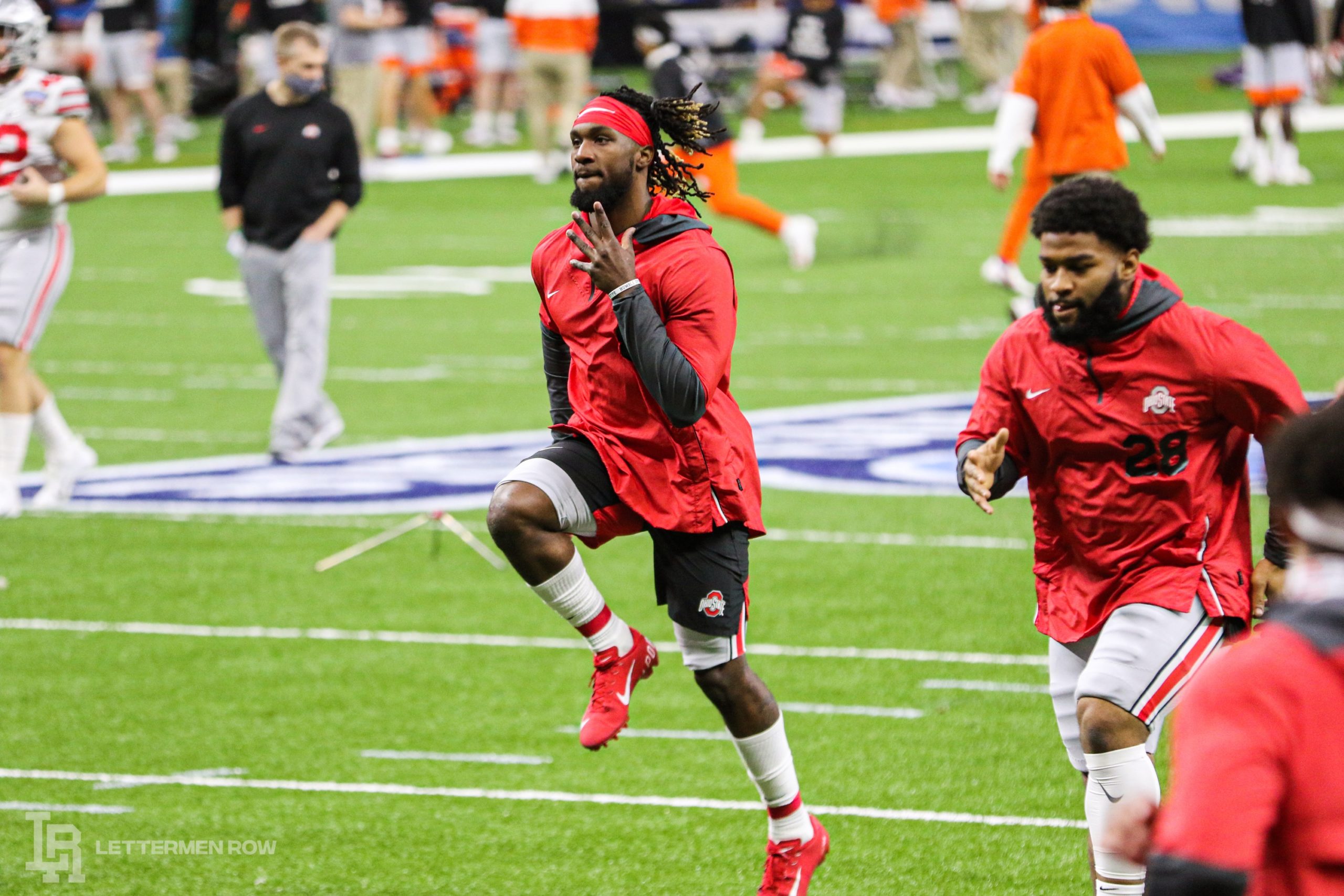 There might not have been another Big Ten championship trophy in the Woody Hayes Athletic Center if not for Trey Sermon, and that would have been a difficult concept to understand back in October. But once Sermon was able to pull ahead and allow Ohio State to shift away from a two-man rotation, the offense became far more explosive down the stretch. And once the play-calling realized that Sermon was doing something magical in Indianapolis and started consistently feeding him carries, he put on a performance for the ages as he established a new single-game rushing record for the program that dragged them across the finish line into the College Football Playoff.

Sermon was the ideal all-purpose weapon for what Ryan Day likes to do with his offense, and he was a dynamic complement to Justin Fields in the backfield in those high-stakes postseason games. Losing him against Alabama wasn’t the only reason Ohio State came up short in the title game, but the attack was clearly never the same — a stark reminder of how important Sermon had become for the program during his short tenure.

How will Buckeyes backfield look next year?

Trey Sermon would have been the headliner, but there would have been no shortage of competition for carries arriving in spring camp. Miyan Williams started making his push late in his freshman season, and his absence was also felt by the Buckeyes in the title game. Marcus Crowley is finally healthy again after dealing with a knee issue dating back to the end of his breakout freshman campaign, and there has been sky-high optimism about his potential since the moment he arrived on campus. Throw in the arrival of the nation’s top-ranked running back in TreVeyon Henderson and four-star dynamo Evan Pryor and running backs coach Tony Alford has an embarrassment of riches on hand even without Sermon.

The Buckeyes will also still have the services of Master Teague, who came off the bench to score a pair of touchdowns in the title game. And his leadership and veteran presence are certainly valuable for a unit that will be relatively short on experience, although it’s fair to wonder at this point if Ohio State has seen the ceiling of what he can provide and it focuses on the higher-upside options.

Graduate transfers are almost always short-term rentals, so this move certainly isn’t a surprise to Ohio State. From Sermon’s perspective, he proved exactly what he wanted with his emergence late in the season and shouldn’t be blamed at all for not wanting to take advantage of the additional year of eligibility the NCAA granted everybody during the pandemic. Both parties maximized the situation despite trying circumstances, and Sermon wound up being the perfect bridge from the J.K. Dobbins Era into the future for Alford’s loaded group.

Bottom line: Trey Sermon certainly could have helped Ohio State again next year, but the backfield is well-positioned for success without him.